Game of Thrones is a series based on the hit book series A Song of Ice and Fire, of the American writer George R.R. Martin. Literary saga has already sold several million copies worldwide and been translated into 20 languages.

The jump to television came from the hand of the american HBO channel. It is more than a simple series, because it has the means and budget of a movie. 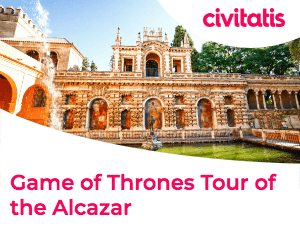 That it can be seen in locations such as Malta, Morocco or Northern Ireland, the quality of weapons, animals, costumes and creating their own language, the Dothraki.

Few people who do not follow this series. Phrases like “Winter is coming” or “Where are my dragons” are part of our popular culture. Just maybe the Lost series had an overwhelming track.

Game of Thrones in Seville

When you read the description of Dorneen books in the series, takes you into scenarios southern Spain and northern Morocco. They speak of ripe fruit on trees and oranges falling to the ground, being mature, permeating all its scent. Reminds orange Andalusia. Therefore the producers of the series moved to southern Spain looking for locations to recreate the medieval distant lands of Dorne. 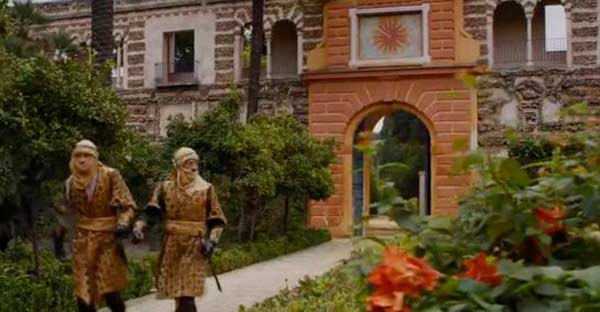 Several monuments were on the look of those responsible, as the Alhambra in Granada or the Alcázar de los Reyes Cristianos of Cordoba. But it was the Alcázar of Seville finally chosen.

Another place where they will record it in the quarries of Osuna. Its walls will recreate the Water Gardens, an oasis full of gardens and ponds that contrasts with the climate and arid landscape of the west and is the summer residence of the rulers of Dorne. 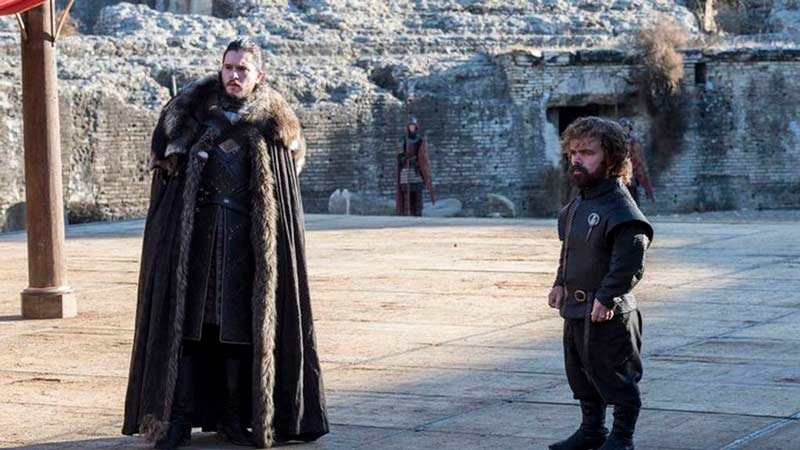 It is part of the settlement called Spear of the Sun of House Martell, which remain isolated in Dorne, without getting involved in wars that happen to the death of Robert Baratheon.

In the fourth season we meet a member of this family, Oberyn Martell, known as the Red Viper, and is the younger brother of the Regent Prince of Dorne, Doran Martell. Many fans of the series are looking forward to meeting these lands and the importance it will have on power struggles.

Game of Thrones scenario in Seville The Alcázar, the scene of Game of Thrones In the land of Dorne, abundant vegetation and overflowing water sources they are a symbol of wealth, being in a hot and arid terrain. 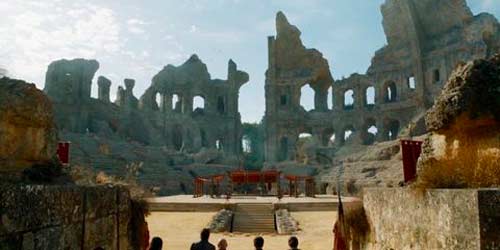 The Alcázar is the ideal scenario to create this opulence because it does not need many changes to achieve the desired image. The scenes were filmed in October 2014 for nine days. One of the places that were used is the Mercury pond. A curious fact “painted” water fountain and pond blue with an ecological product evaporated several days after application.

Exterior scenes occupied the first three days of shooting and then moved to the Palace Mudéjar, also inside the building.

Dorne Kingdom is the Alcázar of Seville

You can give an original guided tour by Seville scenarios that were used in the filming of the 5th season of this legendary series. With the help of an expert on the series and the shooting, which took place in the gardens of the Alcazar and accounted Water Gardens of Dorne, the headquarters of the Martell House.

You will see the impressive rooms, many decorated with mosaics Mudejar style, which were used as the interiors of the Water Gardens. You can enjoy the fountains and walking routes that Doran Martell, and discover why some ponds were painted light blue for shooting. 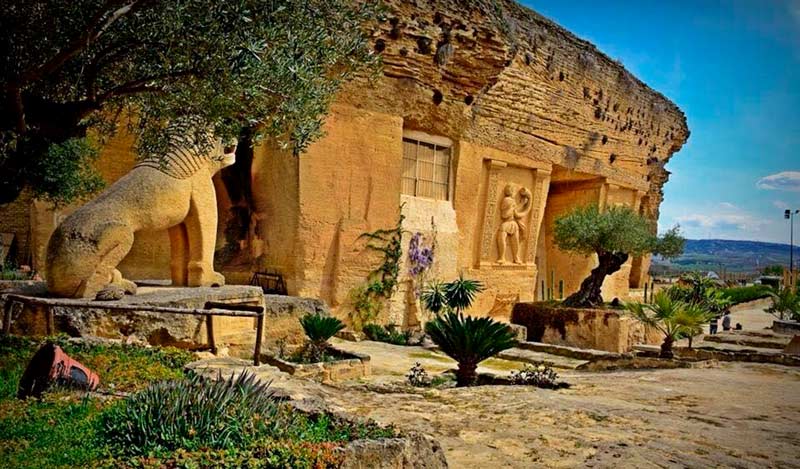 If you still want more, you can visit the nearby town of Osuna, where the old bullring was used to film scenes Daznak Trench, where many bloody battles were filmed. Then you can enjoy a tasting of tapas at a local bar that inspired dishes on the characters of the series.

The Giralda Tower in Seville, how to visit and climb to the top

The weather in Seville. How to know the temperature and weather forecasting

Pharmacies in Seville – Experiences and essences of Seville

Books about Seville – Experiences and essences of Seville

Was Game of Thrones filmed in Seville?

Where to ask for Spanish nationality if you live in Seville?

Visit Seville in November, the Celebration of the Dead

What to see in Seville in one day

Get to know the Seville Aquarium

Ruins of Italica in Seville